This is so tragic but so true. https://t.co/K1Ggp9yht7

🚨 🚨 Watch out, Michigan! James Craig will 100% move to ban abortion in your state if elected Governor.

NEW: We caught James Craig pushing Trump’s Big Lie in Michigan. He falsely claimed there were “valid concerns” that should result in an Arizona-style audit in the state. #MIGov https://t.co/r5wpdTb21T 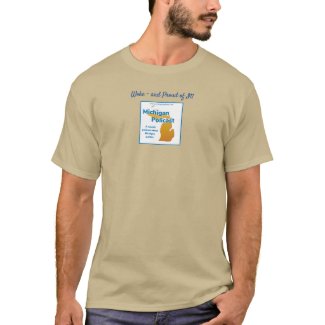 GOP Rep. Ryan Berman, who is running for AG, implores colleagues to end the government price-fixing they wrote into the 2019 auto insurance law (that he voted for, GOP opponent @TomLeonard28 championed as a consultant and Dem AG @dananessel is defending)https://t.co/HgCfbHXsHL

I’ve been hearing a lot of concerns regarding boilerplate language in the budget concerning public health orders. The language is obviously unenforceable. We would not have voted for it otherwise.

My analysis of the 39 bills proposed in the Michigan GOP legislative package found a number of alarming similarities to the voter suppression bills enacted or introduced in states like Georgia, Arizona, Florida, and Texas- even down to the same language. Here’s a few comparisons. pic.twitter.com/H56yUIZ1cX

We can’t just build back to the way things were before the pandemic — we need to build back better.

It’s what the American people elected us to do. And it’s why we need to pass the Bipartisan Infrastructure Deal and my Build Back Better Agenda.

Poll after poll makes it clear: The majority of Americans overwhelmingly support my Build Back Better Agenda.

Let’s get it done and deliver for the American people. pic.twitter.com/uptz12TQmP

Passing the Build Back Better budget in tandem with the bipartisan infrastructure bill is mutually assured success. Together, these bills invest in what we need for a strong, stable, globally competitive economy: roads, bridges, climate, child care, health care, and education. pic.twitter.com/EfAN2EB7JE

Bittersweet, but today I am announcing my resignation from my role as Michigan’s Chief Medical Executive. I am grateful to @GovWhitmer for her outstanding leadership & the opportunity to serve the people of Michigan in these unprecedented times.

Thank you @GovWhitmer. I’m honored to serve the state of Michigan in this role. @MichiganHHS #publichealth https://t.co/qpxU388N40

“F**k Joe Biden” and “Trump Won” people chant as they eat at Vaccinated only food court without showing their vaccination cards. https://t.co/B92LyhAlJR pic.twitter.com/C3D9CZQCIW

Worth noting that on top of this, a lot of elected officials and politicians have used the pandemic to shut down transparency and shut the public out. https://t.co/7Wnap1Mt1i

We are so proud of and grateful for all of the incredible work @MichLeague Senior Policy Analyst @SorensonPat has accomplished throughout her career. In her final column before retirement, Pat takes us through… (1/2)https://t.co/cKzKNSoNLE

This is a war. https://t.co/SRDOeT0jkx